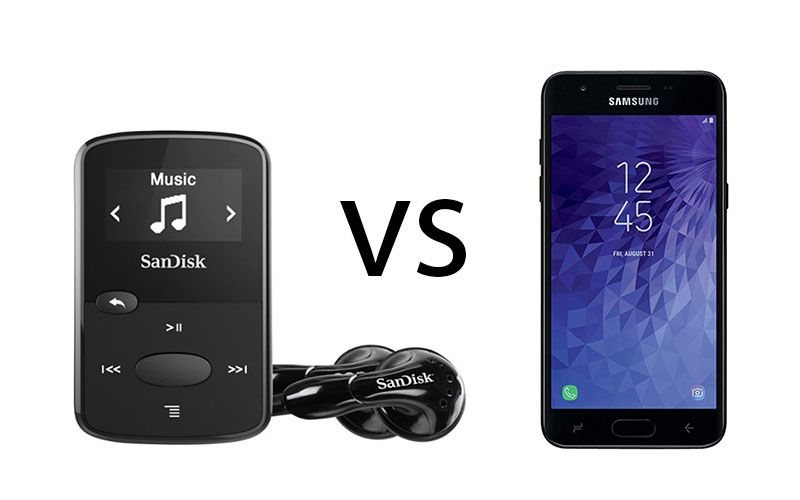 Back in 2016, I was in the midst of preparing for a 5 day long hike. This was something I’ve done before, and it wasn’t a big deal, but I had decided that I wanted to bring along some music to keep me company throughout the hike as well. There was the obvious solution for this: dump the music onto my phone and use that to listen to music.

Note: These prices are in USD, and most things are purchased from Amazon US while residing in California.

The problem is that I was using my phone for various other things as well, like navigation or picture taking. I would have liked to keep my phone switched off for the bulk of the hike so as to conserve battery life. If I had simply used it to play music, I would potentially lose my primary device. I did bring along a power bank, but my primary phone, having about a thousand apps in it, is generally quite power hungry and I didn't want to load up on power banks what with it being a hike and all.

I wanted a device that could last ridiculously long, and have large amounts of storage. I'm one of those people that keep my music collection offline and would like to be able to load all of that onto a disk somewhere. The first thing that came to mind was an iPod. I had owned an iPod nano (6th Gen) before and despite really despising Apple, I have to admit that it was one of the, if not the best MP3 player I had. Besides costing a lot and having only 8GB of space, the battery life was surprisingly good for its size.

So I checked the price of iPods and as expected, they would have all set me back more than $150 for the ones I wanted.

iPods being out of the question, I moved on to brandless MP3 players. The problem here is that many of the ones that met my requirements also cost more than $100. Being nameless brands, I would also not know how good they really are, or how long their batteries would last, or how good their user interface would be. I would be heading off for my hike in a week and I wasn't about to buy a few, do reviews and return the ones I didn't like.

Just when I was going to give up hopes of having music on the hike, it occurred to me. Why not just buy another phone? There are phones that go for low prices and have replaceable batteries and expandable storage. The thing that primarily uses a phone’s battery would be the cellular radio and the screen. I had left phones in flight mode with Wifi on and they easily lasted 2 days of regular use.

Some research later, I decided on getting the following:

Now this might not seem like the cheapest, but I think it's the most value for money. For starters, a phones’ rated battery lives usually takes into account the cellular radio being on. A phone in flight mode will easily last much longer than a day, even with occasional use. This setup lasted me 5 days of playing about 8-12 hours a day, and it barely even required the second battery pack.

Another really useful feature was that I could use my headset with inline controls to control the music. Phones are also great for many other things since they come with so many other sensors. I could have downloaded an offline map or a gps app as a backup in case my main phone died.

But now in 2019, a quick search on Amazon shows an option for a really cheap MP3 player that seems to fit my needs perfectly...

No matter, I still believe there is a case for having a dedicated music phone.

You may not even need a phone with a replaceable battery, more often than not, cheaper phones come with lower powered processors and smaller screens and hence use up way less power.

I realise that this blog post became a bit more of “Why you should own two phones” as opposed to “Why a phone is a good MP3 player”. But I’ve committed too much to this and I’m going to roll with it.

I got a bit curious about the state of buying a phone MP3 player today (March 2019), so I did a bit of research and came up with a potential recommendation.

(All prices are accurate as of time of writing)

If you want to get even cheaper, you could go for a refurbished one.